There was once a scrawny boy called James Sinclair who lived in Elm Park. James had always known that he wanted to be a children’s entertainer and then at 15 years of age something strange happened… James became ‘Jimbo the Partyman’ and from his Nan’s spare room, The Partyman Company was born! By 2005, James was extremely busy and realised that he could venture out on his own rather than work alongside the entertainer he had been with. So James took on other entertainers to work for him, including ‘Active Aaron’ and they became The Partyman Team!

On 25th May 2007, at just 21 years and 11 months, James opened Partyman World of Play in Basildon. Partyman World is the only playcentre in the UK to be opened that is operated entirely by professional children’s entertainers, and also the first of its kind to be opened and owned by someone so young. Then in July 2008, The Partyman Company and Partyman World proudly became winners at ‘The Basildon Business Awards’ in the category of ‘New Company’.

Want to discuss a visit to Partyman World of Play? Fill in the form below and we'll be in touch ASAP 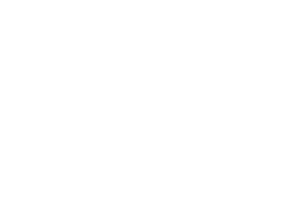 Jokes are funny, why not try our Joke Generator

In 2013 we saw the opening of two new Partyman World of Plays in Stevenage and Oxford, two Laser Kombat Arenas and a new Twizzle Tops Nursery in Stevenage. If all that wasn’t enough the newest addition to the family Marsh Farm has brought 30 acres of magical fun to the group with its very own restaurants, gift shop, petting barns, bouncy village and lots lots more… the fun is never ending.

The rest is history… The Partyman Company now operate 20 different businesses in 10 different locations around the country.

Get the latest news and offers